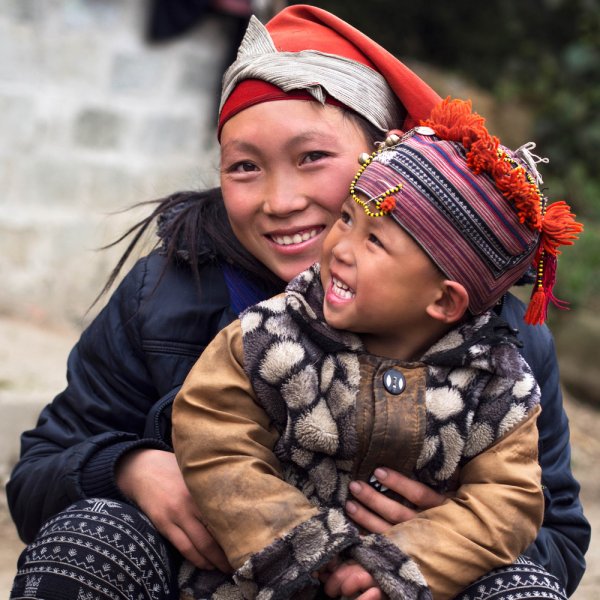 It is very important for a Vietnamese couple to have children, especially a son, for the lineage to continue. 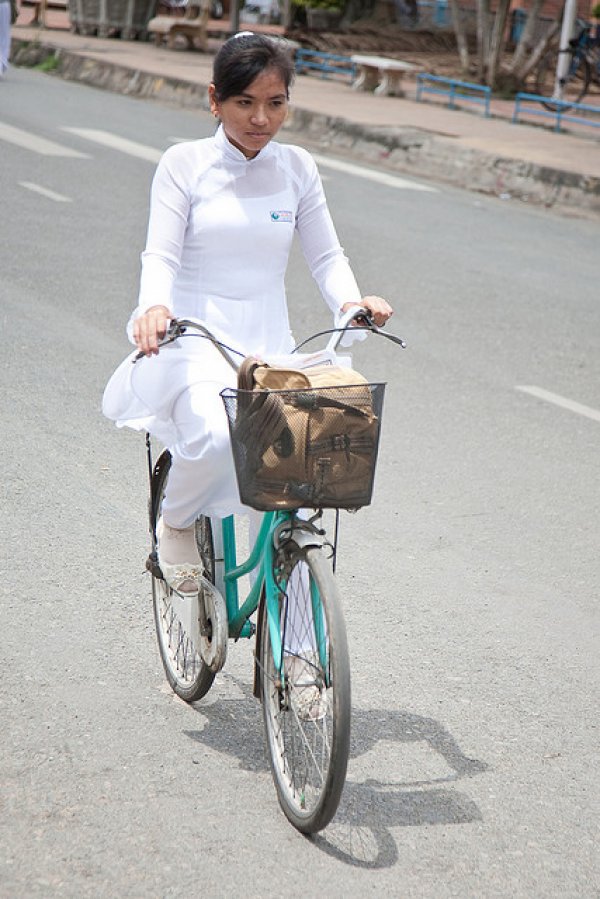 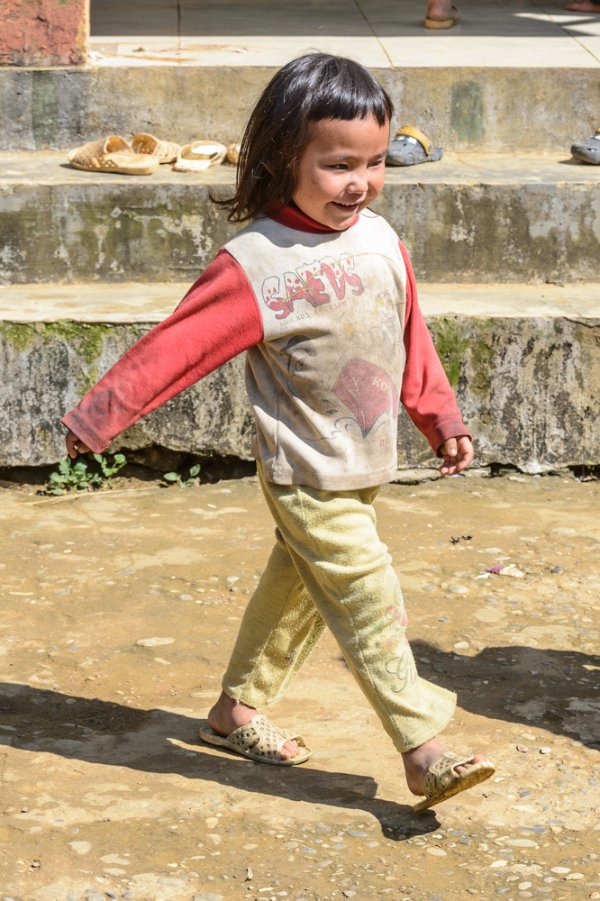 A Hmong girl on a break from school in Lao Chai Village. 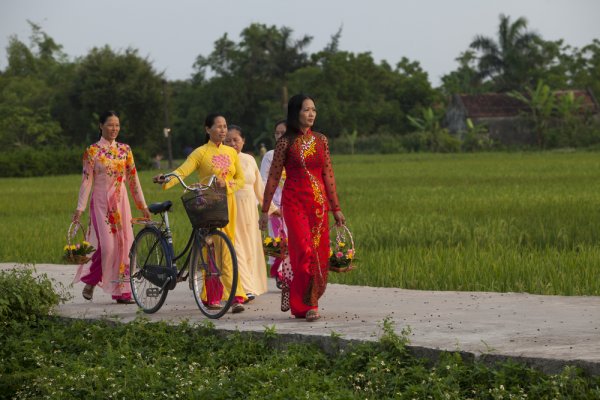 All Vietnamese people are expected to marry, but women are typically free to choose their own partners. 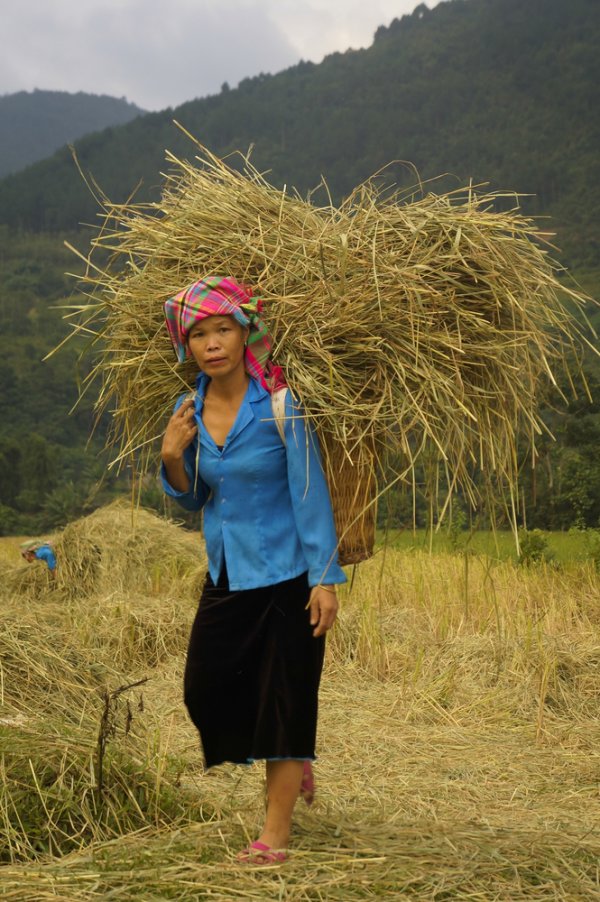 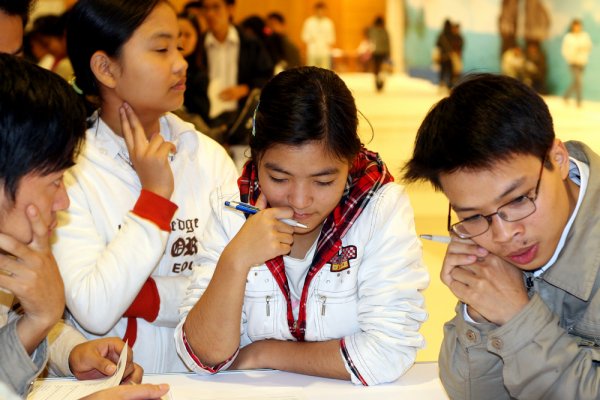 Access to education is universal for all Vietnamese citizens. 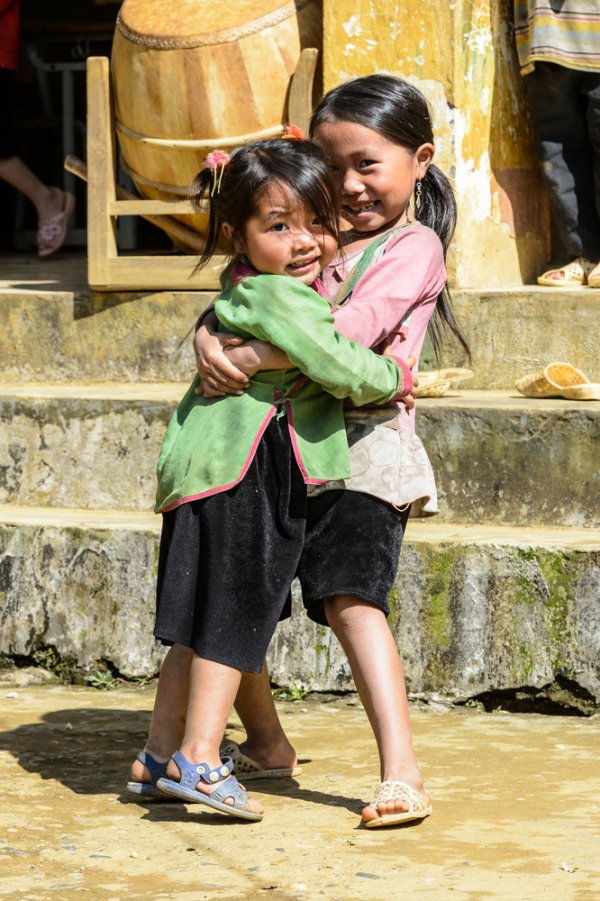 Friends play together after school.

A traditional tenet of Vietnamese society is that public life is reserved for men and the domestic sphere is reserved for women. Although the idea that a woman’s father, husband, or son should dominate all stages of her life is no longer prevalent, Vietnamese women are still working towards equal status with men.

Vietnam is one of the fastest developing nations in the world, and its female citizens often play significant roles in the economic, social, and political arenas. The Vietnamese government has made efforts to eliminate gender disparities and safeguard women’s interests by increasing their access to productive resources, education, and health care. Still, women often face inequality in education, health care, politics, the labor market, state employment, and access to financial credit.

Vietnamese women are represented in a variety of professions and businesses. Women hold about a quarter of the seats in the national parliament. Women have also served in influential government posts, including the vice presidency. Almost one-quarter of distinguished doctors are women in Vietnam.

Women make up about 75 percent of the overall Vietnamese labor force, but generally have less prestigious jobs than men and frequently earn less, even for exactly the same work.

Most of Vietnam’s population lives in rural areas, which means that many women work in agriculture and are more likely to fill traditional roles in and out of their homes. In Vietnam, 54 different ethnic groups exist, many of these concentrated in rural areas. Women from minority groups more often suffer from gender- and class- based discrimination, limited decision-making power, limited economic activity, and poor access to health, education, and other services.  Rural women also have heavier workloads and are more often victims of domestic violence. They are often confined to household agricultural production, and small-scale food processing (noodles, dried fish) handicraft-making, trading, and seasonal labor.

There are no dress codes or restrictions for Vietnamese women, who frequently wear ao dai, a traditional long dress over trousers. Many women also wear Western style clothes, especially in cities.

Vietnamese law treats women and men equally and offers the same rights to both in all walks of economic and social life. Vietnamese women have had the right to vote since 1946, and they can also own and inherit property. Abortion is legal, and birth control is provided free of charge.

Both women and men are legally free to initiate a divorce. Though both parents have equal rights to child custody, women are usually given preference.

Access to education is universal for all Vietnamese citizens, and boys and girls share the same classrooms. The female literacy rate is 92 percent compared to the male rate of 96 percent. Although girls and boys attend primary and secondary schools in equal numbers, fewer women pursue higher education.

All Vietnamese people are expected to marry, but women are typically free to make their own choices about whom they wed. Arranged marriages are illegal. Vietnamese girls and boys begin dating in their late teens, and they normally socialize in groups in public places. Couples may meet at school, at work, or through family or friends.

The legal age for marriage is 18 for women and 20 for men, but women don't typically marry until their early 20s. Polygamy is prohibited in Vietnam, but was sometimes practiced until relatively recently because the male population had been depleted by years of war, and many women took husbands who were already married.

Vietnamese women use their own surnames after marriage and do not add their husbands’ surnames. Vietnamese women have the legal right to hold, manage and inherit property separate from their husbands. In today’s Vietnamese family, husband and wife often share in decision-making and household responsibilities, including childcare.

It is very important for a Vietnamese couple to have children, especially a son, for the lineage to continue. A couple without a male child is regarded as unlucky, and divorcing and replacing a barren wife is not uncommon.

In case of divorce, property is equally divided between both the parties. Women commonly receive custody of children, along with assistance for child care.

In Vietnam, women’s access to health care is equal to men’s. However, in rural areas, access is generally poor and women suffer more than men because of reproductive health issues. The Vietnamese Ministry of Health has been gradually improving health care services for women.

The Vietnamese government’s family planning policy encourages citizens to have no more than two children. Methods are not coercive, and women generally make their own decisions about when to have a baby and how many children to have. Abortion services and contraceptives are easily available and culturally acceptable.