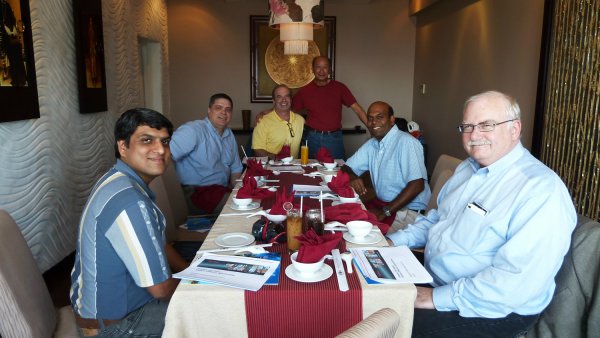 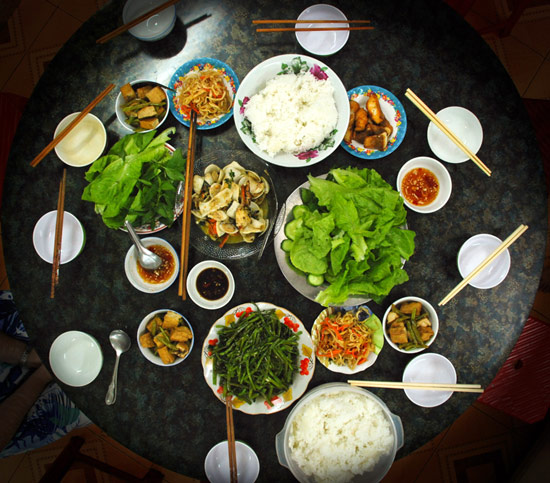 Vietnamese food can be fiery, and some of the ingredients may be unfamiliar, so finicky eaters may not be too comfortable. 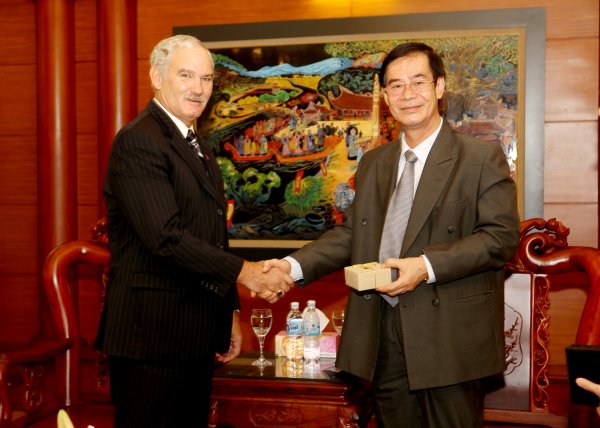 Exchanging gifts is a fairly common practice between colleagues, and is usually done at the end of a meeting. 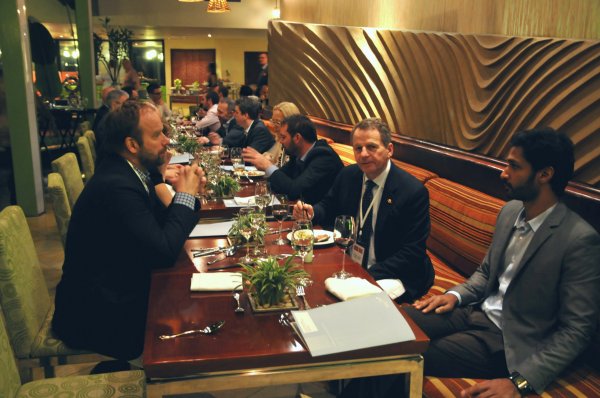 Like the language, Vietnamese table manners are also intricate; you would do well to follow your counterparts’ leads. 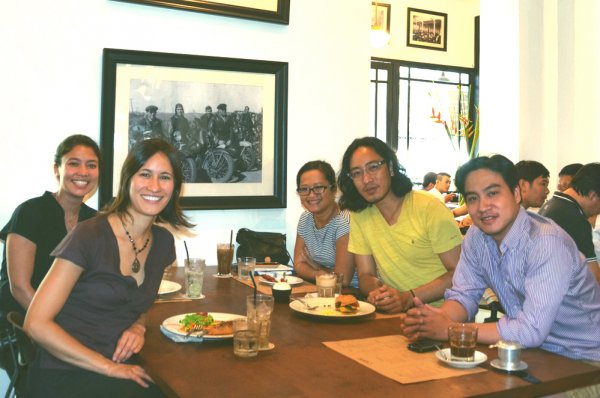 Understanding the nuances of voice and body language is imperative. Maintain a calm demeanor and pleasant voice.

Vietnam is not a wealthy country, but Vietnamese people pride themselves on their hospitality. Most business entertaining takes place in restaurants or hotel dining rooms. Celebration banquets for contract signings are common.

A banquet dining experience will enable the visitor to try a spectacular array of dishes. Vietnamese cuisine has been influenced by the cuisines of the Middle East, France, and China, among others, and includes many regional variations—subtle, spicy, sugary, and so forth. Rice or noodles usually provide the basis of a meal, and both fish and fresh produce are plentiful. The food can be fiery, and some of the ingredients may be unfamiliar to visitors, so finicky eaters may not be too comfortable. But foreigners reluctant to even try the local fare may run the risk of insulting their hosts, so be bold.

Tipping is fairly common, especially in tourist areas. Upscale restaurants and hotels may add a 5 to 10 percent service charge to the bill.

Exchanging gifts is a fairly common practice between colleagues, and is usually done at the end of a meeting or during a meal. Offer something representative of your country or your company.

Because Vietnamese society is family oriented, marital status, children, siblings, and family in general—how they are, what they do—are acceptable topics of introductory conversation. Vietnamese society pays respect to age, so you may also ask people about their age, which will allow you to address them properly. Terms of respect for those older than you are anh (older brother) and chi (older sister). A common greeting and departing word is "chào"; you could say "Chào anh" to an older man or "Chào chi" to an older woman. These greetings are considered polite even if the person you are addressing is not actually older than you. But if you are very unsure of how to apply the age-based honorific titles, you can politely greet anyone with the time-of-day expressions "Chào buổi sáng" ("Good morning"), "Xin chào" ("Good afternoon"), or "Chào buổi tối" ("Good evening").

Conversation topics to avoid, at least upon first meeting, include politics, religion, accidents, and death (discussing the latter two is considered bad luck.) Also, unless you are certain about a proper translation, be careful with jokes. The Vietnamese language is quite intricate, with six different tones that could be applied to each syllable, so it's easy to accidentally say something other than what you mean.

Understanding the nuances of voice and body language is imperative. Also, visitors from places where more animated communication is the norm will want to soften their tones to avoid giving the wrong impression: elevated vocal tones and excessive gesturing are considered impolite—sometimes taken to indicate anger—so maintain a calm demeanor and pleasant voice. Note that while making initial eye contact displays honesty, maintaining direct eye contact is considered disrespectful. It is also considered rude to stand with your hands on your hips or with your arms crossed; to gesture for someone to “come here” with your palm up; to cross your index and middle finger (this Western gesture for “good luck” is a lewd gesture in Vietnam); or to point with a single finger—instead, use your whole hand to gesture.

Do not touch a member of the opposite sex.

The head is considered to be a person’s spiritual center, so do not touch it, nor the shoulder—where Vietnamese tradition says a genie resides.

If invited into a Vietnamese counterpart's home, bring a gift wrapped in colorful paper: good gift ideas include fruit, sweets, flowers, or incense. Gifts are more often a token of appreciation and need not be expensive. Do not give handkerchiefs, yellow flowers or chrysanthemums, or anything black.

Like the language, Vietnamese table manners are also intricate; you would do well to follow your counterparts’ leads. Wait to be seated, as the oldest person will usually sit first. Pass items with both hands, and do not pass items over someone's head. Do not hand a pair of chopsticks or a toothpick to someone, as that is considered bad luck.

Refusing tea or food offered by your Vietnamese counterpart is considered impolite. Try to finish everything on your plate. Resting your chopsticks on top of your rice bowl indicates that you are finished.